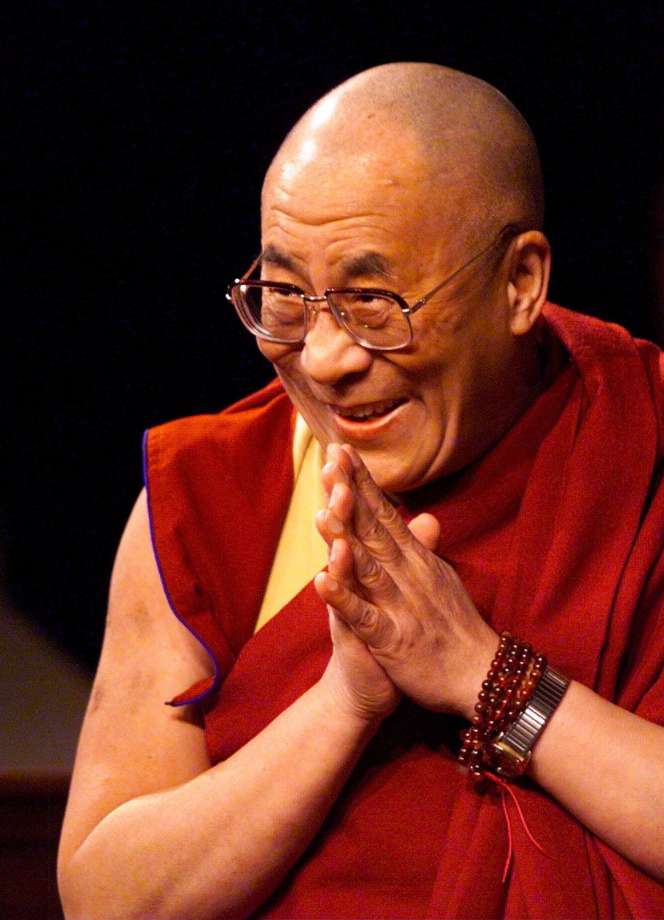 The Art of Happiness is a 1998 self-help novel written by the Dalai Lama as interpreted by Howard C. Cutler, a doctor who worked closely with him. Split into three parts, it offers the Dalai Lama’s general thoughts on the purpose of life, the necessity for human warmth and compassion, and the usefulness of suffering in improving human ordeals over time. As such, it is a comprehensive meditation on human existence meant to serve as a general guide for all humans to think about and improve their relationships with themselves and the people they meet.
The Dalai Lama begins with a meditation on the right to happiness. He asserts that happiness is the central index with which one should measure human progress on a global and individual scale. He contrasts the common Westernized conception of happiness, which thinks of it as lucky or random, with his own conception informed by Buddhist belief, which conceives of it as readily available in any moment of life. He argues that one can train oneself to be happy through goal setting.
Next, the Dalai Lama elucidates different sources of happiness. Once again, he contests Westernized models of happiness, explaining that they rely on capitalist and consumerist notions of value and personal achievement. He offers the example of a man who was infected with HIV; after an initial loss of happiness, he learned to appreciate each day even more than before, and his baseline quality of life actually increased. The Dalai Lama endorses a rejection of comparing oneself to others using the metrics of income and success, believing that it actually engenders unhappiness. The real core condition for happiness, he argues, is self-worth, which he defines as an innate sense of purpose and dignity. As the first step for finding self-worth, he says that one should start with a desire to learn from one’s thoughts and emotions, breaking them down into the level of happiness (or unhappiness) they induce.
The Dalai Lama provides an overview of how to reclaim the innate state of happiness that thrives in the soul of every human. He mentions the concept of “Buddha nature,” the Buddhist doctrine that advocates for gentleness, but also says that one can trace gentleness from sources outside religion to the events of everyday life. In the process of learning how to be gentle and reject one’s aggressive impulses, he believes that people also learn the value of distributing compassion equally to others. He recommends meditation and community service as ways to strengthen one’s sense of compassion. In turn, these acts give one’s life intrinsic meaning, which is key to happiness.
Next, the Dalai Lama explains the importance of intimacy. He ranks it as just as important as compassion, believing that neither one can be found solely in the individual. Intimacy is the fuel for the human quality of openness, another ingredient to a happy life. In explaining this, the Dalai Lama relies primarily on the friendship model, which Cutler supports with psychological and public health research showing that people who have close relationships are less prone to chronic and fatal disease. He views the idealized form of love as romantic and monogamist as an illusion, believing rather that one should return in all relationships to one’s empirical evidence about oneself that stems from emotional responses.
The author next moves into the concept of suffering, explaining how it is necessary for human mutability as one encounters different obstacles. He traces the actual unhappiness of suffering to the common reaction of denial, stating rather that true and open suffering acknowledges the emotional complexes it induces and is therefore healthy. He augments this argument with case studies of various people suffering personal losses, such as those of loved ones. Further, he views most suffering as self-created and unnecessary, believing that it can be preempted and prevented with emotional reflection. With physical and emotional balance, most problems that are ostensibly endemic to human reality fall away. He mentions the Mahayana practice, a form of meditation in which one attempts to take on the pain and suffering of another individual, as a ubiquitous connecting experience.
Finally, in Cutler and the Dalai Lama’s closing reflections, they discuss how this art of happiness contains many parts and is ever-evolving. They endorse the quest to understand the true sources of happiness, ignoring any obfuscating social norms. Finally, they distinguish religion from spirituality, stating that spirituality is at the heart even of atheists.
The Dalai Lama thus equally affirms all spiritual paths, acknowledging that they are predicated on unique value and moral systems, informed in turn by the unique experiences of each individual. The book is thus a meditation that not only redefines human happiness from a perspective deeply informed by Eastern tradition but also a work that humanizes individuality and self-determination in the midst of an apparently confusing and disorderly world.
Spa Lite