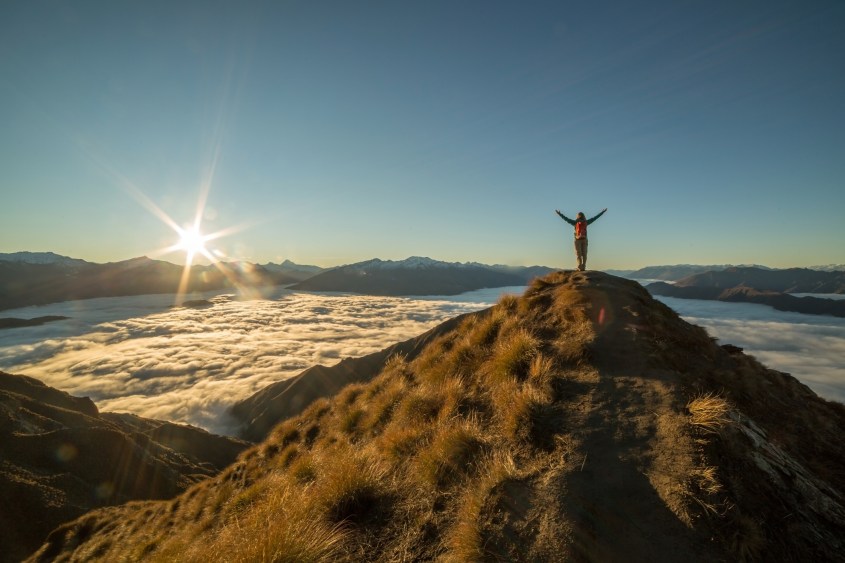 For most of us, New Year’s resolutions are a mixed bag: whether we’re looking to get fit, become more environmentally-friendly, or just keep up a new hobby, there sometimes seems to be no rhyme or reason as to why some habits stick and others fall by the wayside almost immediately.

But there are a few things you can do to make your new routines work, based on research into motivation, temptation and achievement. Here’s our digest of the ten findings that could help make that New Year’s resolution stay around until next December.

Plan for moments of temptation, don’t just respond to them

If you’ve ever tried to give something up, even for a short period of time, you’ll know just how all-consuming temptation can be. Skipping a session at the gym, letting your screen time creep back up, or flaking on plans when you promised you wouldn’t: it can sometimes feel almost impossible not to cave.

And whilst we often put our ability to ignore these temptations down to our capacity to exercise self-control in the moment, actively planning for temptation may be better than just responding to it, as one 2019 study argued. Another, also published in 2019, found that more “planful” people were more likely to keep up their gym habit.

Goal progress was far better supported by proactive rather than reactive strategies of self-control, the first study found — so planning how you’re going to deal with urges before they arise may be a better way of keeping new habits up than hoping for the best when temptation strikes.

Find a sense of purpose

Having a sense of purpose can be of huge psychological benefit: you’re likely to have  greater emotional well-being and to feel generally better about life, for instance.

And some research suggests it may make you better off financially, too. One 2016 study followed more than 7000 participants over nine years, finding that those with a “greater sense of purpose” had also ended up richer than those with little or none.

Of course there are structural issues at play — those on low salaries or living with debt are extremely unlikely to have got there merely because they didn’t have a sense of purpose, nor will they be able to suddenly become millionaires if one develops.

But still, the findings suggest that having a greater sense of purpose in life could be a useful strategy for working towards long-term goals.

Don’t get too confident

In more research related to temptation, this 2009 study looked at the “cold to hot empathy gap”: the idea that when we’re sated in some way, we vastly overestimate our ability to resist temptation.

When we’re feeling fine, we might not feel the need to chuck that half-full packet of cigarettes, for example — we’re definitely not going to smoke them, so there’s no point throwing them away. When we’re experiencing cravings or are hungry or tired, however, we don’t feel quite so confident in our ability to resist, and are less likely to do so.

In other words, inflated confidence in our own self-control could be our downfall when it comes to giving up bad habits.

There’s a reason people go to the gym together, and it’s not just down to sociability: having someone to be accountable to makes you far more likely to stick at a goal.

In 2017, researchers asked participants to log when they visited the gym, with the promise that they would be entered into a lottery if they met their goals. Some participants, either enrolled alone or in a pair, were unable to see when fellow participants were visiting the gym. Another two groups, again alone or in a pair, were able to see the frequency of their peers’ visits. Those in teams — whether or not they could see visit frequency — were far more likely to exercise on a regular basis.

So if you think you might be likely to waver, team up with someone else. It’s not foolproof, but it might help.

Use the right metaphors

You may baulk at the idea that your attempts to achieve goals constitute a “journey” — overuse of the term can make it sound facile and corny at best. But using the metaphor, one study found, was more helpful than you might expect.

Nearly 2000 participants were asked to think of recently achieved goals in one of three ways: with no metaphor involved, as “completing a journey”, or as “reaching a destination”. And those in the “journey” cohort were far more likely to continue goal-related behaviours and more likely to act on them, too (not dropping fitness regimes, for example).

It feels awful when you break a new habit — and can lead to giving up entirely. But planning lapses may actually help you achieve goals in the long term.

Following a strict regime, one paper argues, can make people feel like a total failure when they’re unable to keep it up 24/7. This, in turn, affects motivation, and in the end you’re less likely to sustain your new habit at all.

But planning lapses can actually help — you’re less likely to lose motivation, more likely to find new routines fun rather than a chore, and more likely to keep up levels of self-control the rest of the time. It might feel counter-intuitive, but letting yourself go every once in a while could be the best way to maintain new habits.

Working on your willpower is all well and good — but in the moment, sometimes you just need a distraction. Classic studies found that children with “distraction strategies” — singing, for example — were better able to resist sweets and chocolate, and that chimpanzees find success with much the same strategy.

Research from 2016 also found that busy people were more likely to bounce back from missed deadlines — not quite analogous, but perhaps a suggestion that distraction techniques may help us cope with demoralising, demotivating experiences.

It might not be the most sophisticated tactic — and covering your eyes, as many of the children did in Mischel’s 1972 study, is unlikely to stop you from having a sneaky cigarette on your lunch break. But filling your time with distracting activities may be a good tool in your arsenal when it comes to breaking bad habits.

Squeezing a handgrip every day doesn’t seem like it would do much for achieving your goals — aside from being distracting, of course. But it requires substantial effort to continue squeezing after your muscles get tired, and researchers have suggested that practising this kind of effortful task may help people develop their self-control more generally.

In a study of Swiss students, using a handgrip for two weeks led to both significant increases in their own school performance and significantly higher levels of achievement than participants in the non-squeezing condition. The researchers suggest the physical self-control exercise led participants to feel more willing to make an effort to study.

Similar results were found in a study looking at smoking cessation, so whilst engaging in tiny acts of self-control may not seem like much, they could help you on a grander scale, too.

And if you haven’t set a New Year’s resolution yet, here’s a suggestion: resolve to develop a new passion. Many of us have a passion in life, and many of us experience great pleasure because of it; pursuing something you love, whether through work or at home, can bring great emotional fulfilment.

But broadening your horizons a bit — being polyamorous about passion, as a 2015 paper put it  — can also have multiple benefits. It found that participants with two passions had greater well-being, enhanced happiness and more positive moods — even when time invested in both passions was the same as the time invested in one.

So if there’s a hobby you’ve always wanted to take up, now’s the time.

Give yourself a break

All this talk of temptation, willpower and self-control can feel exhausting. So don’t forget to give yourself some time off.

Allowing yourself to sit in front of the TV slobbing out, research suggests, can have multiple benefits. Recategorising such behaviour — thinking of it as relaxation, rather than procrastination — can make you feel less guilty about binge watching or video game playing, and more likely to reap the benefits of relaxation. More research from 2010 backs this up: forgiving yourself for procrastination can make you feel far less guilty and, in the end, far more likely to fulfil your goals.

In other words? Cut yourself some slack.